Jul 4, 2018 Educational App Store
You cannot under-estimate the importance of times tables when it come to children’s mathematical ability. Having quick mental recall of times table facts gives children a ‘leg up’ when it comes to working out mathematical problems and means they are able to work out more complex sums quicker and with greater confidence.
Times tables run through most areas of mathematical practice and, if children have to spend time working out a times table fact before progressing with a second step, they are already at a disadvantage.

Apps lend themselves really well to learning and practising times tables as the functions and interactivity mean that children can measure their success, challenge themselves and progress with confidence. There are some really super times table apps out there, but look for ones that allow you and your children to integrate the following top tips for times table success:

1) Confident counters – Multiplication is repeat addition so make sure your child is fluent with counting forwards and backwards from any given number. Number confidence – and having a good grasp of number concepts such as number bonds, addition and subtraction – is key.

2) Look for patterns – Using a multiplication 100-square (find one in the Squeebles app) ask your child what patterns they can find in each times table. Children love to find patterns such as sequences of odd or even numbers. Can they identity and test some rules? Does the 10 times table always end in the same digit? What about the 5s? What do they notice about multiples of 2s or 4s? So many fun patterns! And, if they colour the multiples in on the number square it’ll make some pretty (and regular) patterns too!

3) Vocab victory – Children need to be fluent in the vocabulary associated with, not such multiplication, but all four number operations (addition, subtraction, multiplication and division). There are many ways to say the same thing and children should be asked the same multiplication sum in different ways so that multiplication vocabulary becomes part of their ‘tool box’. For example 2×3 can be asked as 2 ‘times’ 3, 2 ‘multiplied’ by 3, 2 ‘lots of’ 3, ‘two threes’ and what’s the ‘product’ of 2 and 3?

4) Make it visual- Many children (not just visual learners) need to associate mathematical number problems with a pictorial representation, to fully grasp an otherwise tricky abstract concept. Using counting blocks, counters, buttons or even sweets, show simple multiplication sentences in a visual way. Ask your child to group items or order them in simple arrays to match a given multiplication sum so that they match them together, making that association and cementing the image in their mind.

5) Don’t learn them in order – Times tables shouldn’t be learnt in ascending order. The easiest to start with is actually 10s followed by 5s and then 2s, then (generally) 11s, 4s, 3s, 9s and lastly 6s, 8s and 7s. This is because the sequencing of the earlier tables is easier to grasp (ending in 0 or 5), there are some easy tricks (4s is double 2s), 9s has a simple finger trick associated with it, and so on…Remember practice makes perfect! The key is little and often, but make it fun and motivational too. Apps are great here and so easy to get immediate results and feedback from.
Have fun practising times tables in your family! 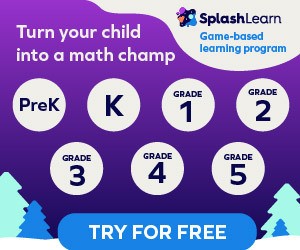