In 2017, Apple introduced a completely new App Store with new tabs dedicated to apps Apple’s editors considered worth noticing. Since then, more than hundreds of apps got badges of App or Game of the Day or appeared on the Today tab. This featuring kicked up their visibility and downloads.

In this post, we will talk about how to get to this sacred tab, what apps and categories are being featured the most and why to aim that high. We analyzed all the apps and games that were featured in the first half of 2019 to understand what path should app developers choose when making an app.

So here are a few trends that we noticed when analyzing all the featured apps.

Even though, featuring seems like a silver bullet for increased downloads and app’s rating, there can be some negative consequences. If your app has bugs or a server goes down, users will have a bad experience using it. Negative reviews will lower your app rating and affect your app visibility in stores.

Who is featured the most?

We analyzed apps by the number of times they became App or Game of the Day, got into Collection, Story and how many times they were mentioned in the Today tab. Geographically we looked at apps worldwide and in the US as the biggest market.

The top category is Health&Fitness

The most mentioned app/game: Fortnite

Fortnite was never a Game of the Day but appeared in Stories 44 times (1,5 times more than VSCO that is on the 2nd place).

Top 15 apps/games are from the following categories: Top mentioned in Collections: Marvel Contest of Champions and Minecraft.

Curious to see that Apple featured only one paid (Minecraft) and one free app (Nike Run Club), the rest have in-app purchases.

App of the Day

Spent the most days being Featured: YAZIO and Relax Melodies

Spent the most days being Featured: Highway Heat and Sevn

The most mentioned: Nike Run Club

Spent the most days being featured: VSCO

The most mentioned game: Minecraft

The most mentioned: Fortnite

Spent the most days being featured: Fortnite

Summary: Top 15 most featured are games. Apps are not mentioned often in Today tab, Stories or Collections. Minecraft and  Harry Potter: Wizards Unite that was mentioned a lot worldwide were not noticed by the US editors.

App of the Day

Canva and Hopster  (2 times each)

All apps have in-app purchases

No free games, paid games are mentioned the most.

Top mentioned: Fortnit and PUBG (34 mentions in 6 months each) How to use Email marketing For Mobile Apps App subscription, the pro’s and the con’s! Trends and Predictions for mobile app development for 2019 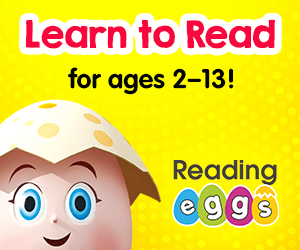