How to Teach Your Child Another Language?

How to teach your child to be bilingual

Learning a language is natural for a child, and learning two does not have to be that much harder, especially if you start young. You have a great advantage if you are already bilingual yourself and are married or have others around you who speak another language. If you don’t speak another language but you want your child to become bilingual, it will either be more money or work on your part (or both).

There are different ways to go about it, and there are advantages and disadvantages to the different methods.

There are many advantages to being able to speak more than one language. First off, learning another language is good for the brain. There have been many studies over the years that show bilingual speakers learn a third language faster than those who only speak one language. Romance languages have a lot of similarity between them, so if you learn one, you’re already a step ahead. Additionally, knowing another language opens doors to not just cultures and people around the world, but opportunities in work and life. People who speak two or more languages and buy essay may be better at multitasking and being bilingual or multilingual may help delay Alzheimer’s disease later in life.

There are different ways to go about it, and there are advantages and disadvantages to the different methods. We discussed the same with Mosaic Montessori, who let us knew these methods that are followed at their own premises.

I talked with my bilingual and multilingual friends about their experiences learning a second language as a child. One of my friends grew up in a Portuguese family and spoke mostly Portuguese until he entered school and learned English. I asked him about that experience and he said he hated it; he wished he had learned English already at home. Children who don’t learn enough English in America can have problems in school not because they are not smart, but because they simply do not understand enough phrases yet. The problems are not just academic; the child may be and feel socially isolated until his language skills improve.

Another friend of mine learned English at school also. She majored in Speech Language Pathology and she and her husband worked at an education establishment called “Happy Talkers” which teaches autistic children and other children with special speech needs how to talk. She and her husband have chosen a unique way to teach both English and her native language, Cantonese, to her child. In this way her child will be able to communicate in the native tongue of her extended family, and still enter school able to succeed both academically and socially, right from the start.

A Unique Approach to Bilingualism in Children

If you already speak two languages and have a partner who is helping you raise your child, you will be able to use this method with your child or children.

Right from the beginning, my friend spoke only Cantonese to her son, and her husband only English. This method of language speaking is reinforced when the child visits relatives and interacts with them. On the mother’s side, the child gets Cantonese input and gets English on the father’s side (and most elsewhere).

This method is working. The child is now two and is already able to translate Cantonese words for his dad! He also understands differences in the two languages and in the speakers; he thinks it’s funny when a usual English speaker speaks Cantonese.

This is a joint effort with the family. When the child is told something from his mother in Cantonese, the father reinforces the message so that the child learns the translation in English at the same time, and vice versa. The father is even picking up quite a bit of Cantonese!

As time goes by, the child will grow up bilingual and learn to read English at school. I am sure his mother will work with him to teach him Cantonese characters also. He will enter school with even better language skills than his classmates. His mother’s language heritage will go on and there will be no danger of him falling behind in his classes due to a lack of understanding English.

If the child is young enough, I would recommend using my friend’s method that I explained above. If the child is a bit older, and you haven’t introduced the other language yet, as you work the other language in the learning pace may be slower. It may depend more on the child’s preferences but you can make great inroads if you make it fun and are consistent. There are a number of children’s language tools that can help your child learn simple words, songs, and vocabulary. The idea is to provide a bilingual world around them so they can enjoy another culture as well as vocabulary.

You can introduce phrases to children when you speak with them and then go over all the new phrases and words the child learned at bedtime with them.

Another great way to teach children is to read to them children’s books in the other language. If they don’t know much of the language it is helpful if the books have pictures also and you can translate as you go.

A fun way to learn vocabulary is to enlist the child’s help in labeling every item in a room with post-it notes. Leave the post-it notes on until the child has learned every word.

You can make car rides fun by putting on audiobooks and music in the other language. For one season my friend’s mother drove me to school and every morning we listened to the same tape. It wasn’t in a foreign language, but believe me, I now know every word to the songs on that tape. It is surprising how much a child can soak up if you are consistent, make it fun, and reward progress.

If you’d like your child to learn another language, and you don’t speak it, it would behoove you to learn it also! You can use many of the techniques already listed, and include a lot of child age appropriate study books too. It also makes sense to find a child-minder, nanny, or babysitter that speaks the other language fluently. A native of that language would be preferred, and if the child is at an age where they are still learning your native language, have the care-taker speak to the child only in their native tongue. The child will easily pick up new words in no time and then be able to communicate in the other language. The longer the two spend time together, the better the child will speak that language, so choose the child-minder carefully. Someone who will be around for many years may be better than a more temporary arrangement. And of course, pick someone who is a good fit for your child and has good experience with children. 2 Effective Methods for Motivating Your Child to Practice Music The Most Common Mistakes in English and How to Avoid Them 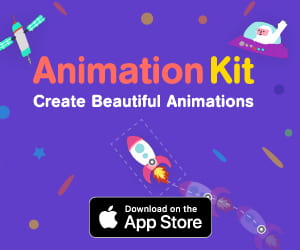