Languages are a complicated means of communication between people.  However, since we all grow up speaking at least one, we take them totally for granted.  When it comes to learning a second language, we simply don’t realise the time, effort (and the cost) involved.

Have you ever thought of yourself as someone who is not very good at languages?  It may seem a strange thing to say, but perhaps the problem is more to do with the language than with you.  Many people, myself included, are of the type that prefers to follow a clear set of logical rules for the situations that they deal with in life.  This applies to everything from learning your times tables at school, figuring out why your car won’t start or learning a language.

The problem is that languages don’t always follow a regular set of rules.  Most natural languages have evolved over hundreds of years and become very complex.  There are often lots of irregularities, complicated grammatical rules, spelling that makes no sense, multiple meanings that confuse and different regional accents.  Languages also mirror the cultures of the nations that have evolved them and are not simply the spoken equivalent of logical computer programmes.  Well, that’s life and it is something that we have to accept – not only for foreign languages but it also applies to your own native language.

If you are going to get a new job abroad or live in another country, then you’ll need to learn the local language.  In fact, by learning the local language, you then open a door into the culture of your new country, which makes the whole experience so worthwhile and enjoyable.

However, if you just need a language for general international (or even national use), then what do you choose?  Something that hopefully means not having to learn a new language for each country.

English is the obvious choice.  Although it may not be the most commonly used first language (probably Spanish and Mandarin Chinese come higher on the list), but as a second language, it is by far and away from the most popular choice.  And of course, if you already speak English, then why bother learning anything else? An Asian or European tourist on holiday in Egypt doesn’t expect to learn Arabic (apart from a few polite greetings) and hotel staff don’t expect to have to learn a variety of world languages.  Why?  Simply because so many other people understand and speak English.  It has become the Second Language of choice because it is so widely used.  This is probably down to a variety of reasons, including colonial & military history and the economic and social dominance of English-speaking cultures (particularly the USA).  You’ll note that nowhere on this list is included ease and speed of learning, low cost or lack of ambiguity etc.  In other words, English dominates because it is used so much, not because of its linguistic advantages (and it still comes with cultural baggage whether you like it or not).

However, the question is, will this situation continue?  English has reached its dominant position in the 75 years since the end of the Second World War.  A relatively short time in human history.

Two main things.  Firstly, the economic growth of China and secondly the expansion of electronic communications throughout the world.

Just like the awakening economic giant that was the USA 120 years ago, China will soon become a major world player in terms of economic strength.  It already has footholds in Asia, Africa and South America and that strength and influence will continue to grow.  Chinese factories are producing a larger proportion of world goods and Chinese tourist numbers are already increasing all over the world.   The Chinese government is promoting the teaching of Mandarin Chinese in many countries (including Europe).

Egyptian hotel staff are already starting to learn Chinese in order to deal with the growing numbers of Chinese tourists.  At some time in the future, English speaking tourists will find that they may need to know some Chinese in order to make themselves understood.  It won’t happen overnight.  It won’t be next year or the year after, but nevertheless, the writing is on the wall (or, to be more precise, will soon be on the wall – on airport signs, road signs, on restaurant menus and labels in museums).

What’s wrong with that?  Nothing of course!  Chinese is a major world language, with a rich history of literature and used by a billion people.  It makes perfect sense that China should seek to promote its language and encourage others to use it.  The more others use it, the less need there is for Chinese speakers to have to learn another language such as English.  We English speakers can hardly complain.  English has dominated for 75 years and eventually, it will be someone else’s turn.  It looks like English speakers will one day have to learn another language in order to communicate with non-English speakers.  The international second language is all set to start changing to Chinese.

Is this all being unduly alarmist?  As I said, it won’t happen overnight but this is the likely direction that things are going.  The point is that it is not necessarily inevitable.

I could have chosen ‘Economic Growth in Third World Countries’ as the other major factor but this rather misses the point.  The spread of electronic communications – mobile phones and the internet is happening everywhere, including many poorer countries in Africa, Asia and South America.  This is going to enable people to get access to thousands of educational apps and to supplement or even bypass the often-poor-quality schools and teachers that were the only means of learning in the past.

Many of these countries have numerous local or tribal languages (and in some cases, there are hundreds, not just dozens).  The need for communication with someone who doesn’t speak your language is not just for international tourists or business people but also for people trying to sell their products in the local market to customers from the same country.  Hence, we are dealing with not only international communication but intranational communication.  Up until now, the only choices they had were to take the most commonly used national language, or to use a former colonial language (English, French, Portuguese etc) as the ‘national language’ (both choices could be equally difficult politically). This might have made sense 50 years ago but may not be ideal now.  For the first time, these countries have a unique opportunity to choose an easily learnt language for both national and international use.

The future of international communication

Are you familiar with a SWOT analysis?  A fairly neat way of looking at the issues that organisations ought to be aware of and planning to deal with.  Strengths, Weaknesses, Opportunities and Threats.  In this particular case, we are not talking about an organisation as such, but instead the future of languages for national and international use.  The analysis is very brief but, I hope, still gives a fair idea of the trends.

In terms of Strengths, English still remains the strongest contender, due to its existing dominance.  However, the economic might of China will start to give considerable strength to the Chinese language.

As for Weaknesses, all national languages, including English and Spanish (another possible contender) come with their own learning difficulties and culture, which can make learning to speak it well, time-consuming and expensive. The very different nature of the spoken and written forms of Chinese compared to European languages also adds to the difficulty, expense and ultimately, the desirability of learning it.  For non-European language speakers, this may not be so much of an issue.

Jumping ahead to Threats, currently, the biggest threat to English as a means of international communication is clearly Chinese.  (Again, I emphasise this article is just about the impact of learning a new language on speakers from a vast range of different geographical and cultural backgrounds, and nothing to do with the origin, quality or importance of those national languages).

Finally, Opportunities.  I believe that the opportunity exists for promoting a language that:

Hence my justification for creating and promoting Algilez as that language.  Not as a replacement for any national language but as something that is quickly learnt and versatile and that could eventually become a true world language. 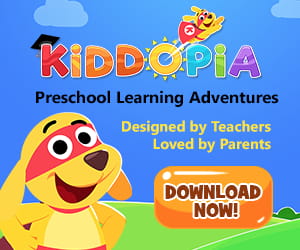