Video calling apps are a great way to connect with their family and friends, even if they are staying thousands of miles away from them. If you want to hang out face-to-face with your friends, you should have a great video chat app on your phone or computer. Video calling is now everywhere as all mobile devices have high-resolution front cameras. All of the featured video calling apps are cross-platform and free to use, but some have paid options for more features.

Here are a few video chat apps for your consideration, most of which are available not only on both iOS and Android platforms but on the desktop as well.

Popular for large conferences, workplace video conferences, school classes, and all virtual get-togethers alike, Zoom is the best overall choice for a video chat app. It works great on both desktop and mobile devices with options to view just the person speaking or the whole group. Hosts can also organize webinars where they’re the only one with video and audio. One of the best features is the tiled view, so you can have everybody on screen at the same time – even if you have tens of participants. It’s free to use, but there’s a 40-minute time limit for three or more users unless you opt for one of their pricing plans.

Works with: Windows and macOS (desktop), Android and iOS (mobile)
Max users: 100 until the paid subscription

Facetime is the built-in video chat app on Apple devices. It works on iPhones, iPads, and MacOS desktops. It’s easy to make calls from group texts or the middle of a voice call. Note that Facetime calls won’t work on older iOS devices and also with Android devices. People who have older devices can join group calls but as audio-only participants. You can also tap the effects button to check out some fun camera effects plus Animoji or Memoji if you have a compatible iPhone.

WhatsApp is a popular messaging app across the globe. You can also make voice and video calls for up to eight users. The calls are on the phone’s data plan or via WiFi, so voice calls do not eat up your phone minutes. Since it has such a far reach, it’s the best choice to stay in touch with international loved ones. Video calls are “always end-to-end encrypted,” according to WhatsApp. It allows users to share images, videos, documents, and much more.

Google Duo is a free, simple video calling app from Google that’s perfect for video calls between Android and iPhone users. Unlike Facetime, Google Duo is ideal to use when you have friends without iPhones. It’s easy to use too because the app’s interface is ridiculously simple. Duo has a feature called Knock Knock that lets you see live video of your caller before you answer. We also love Google Hangouts for work calls. Like FaceTime and WhatsApp, Duo offers voice calling as well as video calling.

Facebook Messenger is a simple and easy-to-use application that lets you easily chat and video call with your Facebook friends. Video calls have a limit of 50 users, which is more than most social networks with video chat capabilities. Facebook Messenger’s video chat is a free, easily accessible option you might want to consider to keep in touch with friends and family.

Skype is best for cross-device calling across PCs, Macs and mobile devices. In addition to video chats with a max 50 users, Skype also accommodates screen sharing and real-time translation in their chat feature. It’s also easy to sign up if you have a Microsoft account already. Skype is a valuable tool for bridging distances between colleagues, friends, and loved ones.

Unlike most video chat apps, Houseparty is an app that’s gaining users rapidly because of its simple ability to host easy group video chat. You can dip in and out of a “house” rather than having to make a call, plus the barrier to entry is low requiring only basic personal detailsHouseparty also has great games included, such as heads up, trivia, and finish the song lyric.

Snap lets you put up images and video as a story, or even broadcast what you’re doing as a live story in real-time, so you can see what your friends are doing. Teens love Snapchat for its social features that let you share videos and pictures with a 24-hour time limit. When chatting, users can switch to video calls with a max of 16 users. Snapchat has great filters built-in for fun ways to change your appearance.

Works with: Android and iOS
Max users: 16 with video, 32 voice only

Discord is a popular app for people to chat while playing video games, but many don’t know it actually allow video calls with up to 25 users. Discord has easy features, such as the ability to alter other users’ audio levels mid-call and you can create multiple channels for different groups, all while playing games.

Instagram is a popular video messaging app to see pictures from your favorite celebrities and friends. In addition to the main feed, it has a chat feature that allows you to easily switch to video. You can also go live on video calls with your friends too. This video chat app lets you share moments and gifs and anything else in real-time.

WeChat is one of the better known free video chat apps. WeChat also allows voice chat, group chat, video chat and emoticon sharing. And it’s all free to download. WeChat enables you to share photos and videos directly with other users or they can be posted to their profile, like the Facebook wall.

Viber is another straightforward video chat platform that you can use on almost any device, including your desktop. Viber’s numerous features and user-friendly interface makes it impossible to leave it out on our list of best free video calling apps. Asides the video calling feature, Viber gives room for chatting with other users. It also boasts a huge collection of stickers.

Did we miss your favorite video chatting option? Tell us which app or technology you use, and why it’s the best choice for you. The Best Homeschooling Resources In 2021 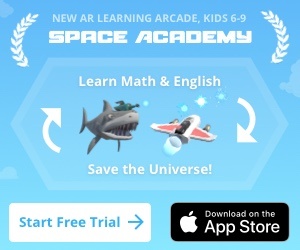